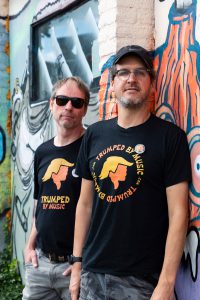 Origin of the project

In 2019, Frank van Osch, a Dutch documentary filmmaker, singer/songwriter and certified Americanophile, went on roadtrip of America to debut his latest documentary in Los Angeles, ‘The Mother of Beauty‘.

Along the way, he encountered some musicians performing anti-Trump protest songs, and Frank saw a side of America he had never seen before. Inspired, he teamed up with David Grover to produce TRUMPED BY MUSIC, meant to be a roadtrip capturing the anti-Trump sentiment of left-leaning musicians in red and swing states in the months leading up to the election.

What we will produce: In September and October 2020, the 6 weeks before the elections on November 3, we will film (online), edit and posting six short films (approx. 5/6 minutes) with song segments and interviews with our favorite singer/songwriters on this website. The videos will be our musical finger on the pulse of America, in which we see and hear how musicians express their views about “The Donald”. And especially how that sounds! It’s our tribute to a large community of people who protest for change using music as their medium. 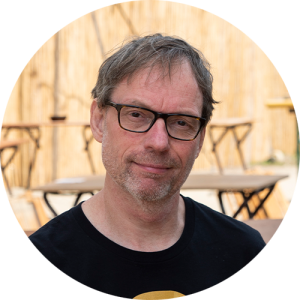 Frank van Osch has created cultural and social documentaries as well as television series since 1989. All his documentaries have a distinct trademark – they are always probing and personal. These personal stories cut close to the bone but also touch and inspire the viewer. They show secrets, fear, pain, motivation, inspiration and love. His documentaries cover a wide range of subjects and topics; from the late Marilyn Monroe, various bands and musical group to the world-famous photographer Jan Banning. Other topics include absent fathers, Indonesian comfort women, confessing criminals, hidden histories, grieving widows and passionate artists. Frank has won several awards so far in his illustrious career. His documentary ‘Because we were beautiful’ won first prize at two different film festivals in the USA. 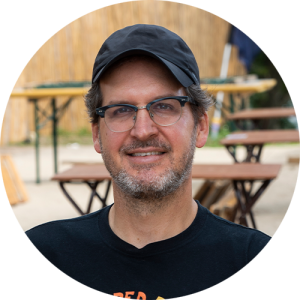 David grew up in a sea of red as an Air Force brat, spending his formative years in the red state of Nebraska. Later, as an Air Force officer in Alabama, he’s ashamed to admit he was an avid Rush Limbaugh listener. He then became a banker, serving stints in London and New York, still firmly in the red camp. But after time in California and then 12 years in the Netherlands, he started to see blue. The Netherland’s political system, healthcare policy (everyone gets it), social welfare, crime statistics, wealth distribution and fiscal system showed him there’s a better way. Frequent visits back to Nebraska have driven him to think of ways to improve conditions for the less well-off back home. Why not start with a new president! When Frank approached him with the idea of TRUMPED BY MUSIC, no convincing was required!